The ANU Centre for Gravitational Astrophysics is founded to build a world-leading role for Australia in the science and technology of gravitational wave sources.

Find out what's happening at the Centre for Gravitational Astrophysics. 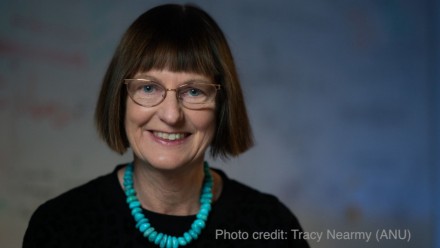 Dist. Prof. Susan Scott who is helping unlock the Universe's most complex mysteries is the first Australian to win the prestigious Blaise Pascal Medal in recognition of her incredible research and leadership in science.

Susan studies gravitational waves spanning billions of years, is the first Australian woman to win the medal, which counts among its past recipients Nobel Prize winners.

The Blaise Pascal Medals, awarded by the European Academy of Sciences annually, recognise the work of the world's best scientists in the fields of physics, maths, engineering, materials science, medicine, earth sciences, social sciences and humanities, and chemistry.

The European Academy of Sciences said Professor Scott has been named the 2022 winner of the Blaise Pascal Medal in Physics "in recognition for her contributions to the advances of physics".

Professor Scott was an Australian leader in the international team that first detected gravitational waves in 2015, proving a more than 100-year-old theory on general relativity from Albert Einstein. Gravitational waves are ripples in space and time caused by massive cosmic events, including the collisions of black holes.

The breakthrough has ushered in a new era of gravitational wave discoveries, many of them led by Australian scientists who are members of the Australian Research Council Centre of Excellence for Gravitational Wave Discovery (OzGrav) of which Professor Scott is a Chief Investigator.

"I am the first Australian, and Australian woman, to be awarded this medal, so this is a tremendous honour," Professor Scott said.

"It is important because it recognises research in gravity performed in Australia, by an Australian, on the global stage.

"As a teenager I read a number of works of Blaise Pascal and was in awe of him as a scientist. His contributions were marked by their inventiveness and diversity, ranging from projective geometry, probability theory, calculating machines to fluid dynamics.

"All these years later it is very special to have this connection to the great scientist through this award."

Professor Scott said she wants to use the award to help inspire the next-generation of female scientists and researchers in Australia and globally.

"In Australia and across the world, we still have a critical lack of women in science. Things are improving but there is much more work to be done to make sure there is greater representation and equity," Professor Scott said.

"We need greater diversity and representation in science and at the global decision-making tables where science policy is determined. Greater representation and diversity means a greater and more diverse pool of ideas and thinking, which means better science and better overall outcomes.

"So, I hope this recognition goes some way in showing Australian girls that they can go on to achieve amazing things in science and shape the world of scientific discovery if that's what they are passionate about and want to do."

Professor Scott's Blaise Pascal Medal in Physics win follows her recent appointment to a Fellowship of the International Society on General Relativity and Gravitation.

At the time Professor Scott called for the creation of dedicated gravitational wave detection facilities in Australia to leverage on the nation's incredible pool of talent and world-leading breakthroughs in the field.

Blaise Pascal was a French mathematician, physicist, inventor, philosopher and writer. He was a pioneer in the natural and applied sciences and played a leading role in the development of the scientific method, which has shaped scientific processes since the 17th century. 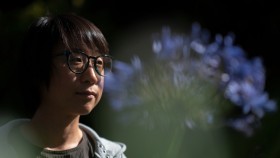 How a dark matter embrace could slow a spinning black hole »

You appear to be using Internet Explorer 7, or have compatibility view turned on. Your browser is not supported by ANU web styles.
» Learn how to fix this
» Ignore this warning in future